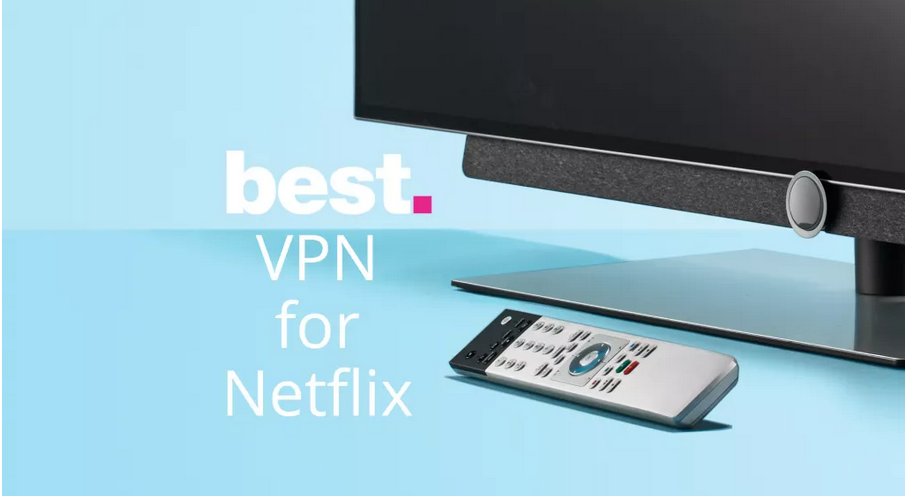 The growth of VPN use over the last few years has grown in pretty close correlation with the omnipresence of Netflix and other streaming services. And it’s not hard to see why… installing a Netflix VPN is a fantastic way to get more from your subscription.

In short, it’s the best Netflix VPNs’ ability to change your IP address that has made them such a useful tool for streamers everywhere. So whether it’s because you want to make sure you have access to your favorite shows and movies when planning a holiday or business trip, or you know that there’s a juicy bit of content that’s only available in certain territories, the best Netflix VPN will help you eke out even more value.

How to use your Netflix VPN

Using a Netflix VPN means that you can make your laptop, phone, tablet and even your games console or TV streaming device (think Chromecast, Roku, Amazon Fire) appear to be in a completely different country to the one you’re really in. So if you’re in the US, you’ll be able to access shows that are exclusively available on catalogues of the UK, Canada or anywhere else – and vice versa.

It’s really easy to do, too. Once you’ve installed your VPN on to your chosen streaming device and turned it on, you simply choose a server in the country that you want to ‘appear’. Netflix will then think it’s in that country, and serve up shows and films that are available there.

Bear in mind, though, that accessing content which shouldn’t be available in your region is something Netflix doesn’t want you to do. Indeed, it is expressly forbidden in Netflix’s terms and conditions of usage. Naturally, you travel down this avenue of content unblocking entirely at your own risk, but we’ve never ever heard about anybody having their Netflix account suspended for accessing it with a VPN.

ExpressVPN tops our chart of the best Netflix VPNs for an array of important reasons. When we tested ExpressVPN, it unblocked Netflix on every time of asking without difficulty. And one of its major bonuses is that it’s incredibly straightforward to install and use, so shouldn’t be too daunting for those unfamiliar with VPNs.

Regardless of where up do the majority of your Netflix watching – on your laptop, smart TV, mobile, Amazon Fire TV Stick, Roku, another streaming device, or a mix of the lot – ExpressVPN will be available for you to use for secure streaming and the ability to appear in another country altogether. Indeed, its MediaStreamer DNS, unblocks Netflix on devices that don’t immediately support VPNs (like Apple TV, some smart TVs and game consoles).

We test catalogs all around the world when we test for this guide. Express worked without issues using servers in the US, UK, Canada, Australia and even Japan, the last of which other providers can find tricky.

The consistency of ExpressVPN’s speeds is a real asset here, and we’ve experienced speedy connections even when logging on to servers in faraway corners of the globe. It means you can forget about frustrating buffering when you’re watching another just-landed blockbuster or eye-popping nature doc in 4K.

Unblocking Netflix is one thing, but if you’re a serious streamer you’ll inevitably have a collection of other subscriptions and preferred OD services. Pretty much all we tried with Express (e.g. Amazon Prime Video, BBC iPlayer, YouTube) we got around region blocks in no time.

On that note, some VPN providers leave you on your own to try every possible server until you find something which works – but not ExpressVPN. If you ever have any problems, open a live chat session on the support site, ask the agent which servers are best for Netflix, and in our experience they’ll immediately point you in the right direction. It’s available 24/7 and is genuinely very helpful.

It is a bit more expensive than many rivals, but ExpressVPN does provide an excellent experience for Netflix users and a reassuring 30-day money-back guarantee is available if you want to try before you commit fully.

NordVPN is a great option for using Netflix. The provider offers fast performance thanks to its proprietary NordLynx protocol, and in testing it barely affected our speeds – that should mean you won’t notice the difference even when streaming HD and 4K content.

And we don’t just mean with a single server. It got us connected from every location we tried, no hassles at all. The service also gave us easy access to other services including BBC iPlayer, Amazon Prime Video, Disney+ and YouTube.

Besides the United States, NordVPN currently supports Netflix in the UK, Canada, Japan, Germany, Australia, India and many more countries around the globe. And if you find yourself struggling, Nord’s customised support pages will get you watching your favorite shows and newly added films in no time. Beyond that, the support team is on hand 24/7 and should be able to get you going in no time.

Further benefits of this service include super-strong 2048-bit encryption, DNS leak protection, a kill switch, and an extensive choice of servers. The company has a no-logs policy regarding the user’s online activity that has been audited by the renowned PricewaterhouseCooper auditors. All told, these contribute to make NordVPN a premium choice for every use, in addition to Netflix viewing.

NordVPN comes with a 30-day money-back guarantee. With the monthly billing being quite expensive, the multi-year plan offers the best value for money, if you can make that commitment.

In many ways, Surfshark is tailor-made for people wanting to use their VPN mostly for streaming Netflix. It wears its credentials on its sleeve, claiming to unblocks geo-restrictions on the service in 16 named countries including the US, UK, Germany, Japan, Italy and Australia.

Fortunately, it walks the walk as well as talking the talk – in our testing, we accessed US Netflix from five separate test locations. Each time without any troubles or complication at all.

That said, things got a tad problematic when we started going further afield. Access to Australia and Japan catalogs worked, but the server speeds got rather slow and made navigating through Netflix’s menus pretty painful.

For those new to Virtual Private Networks, Surfshark has two extra strings to its bow. Firstly, it’s sublimely easy to use and not too many services out there have ‘friendlier’ interfaces (or cooler names!) – indeed, for power-users who have bigger plans for their VPN, Surfshark perhaps lacks a couple of extra features that the competition tote and we think it’s high time that it brought in the auditors like ExpressVPN and NordVPN for a full look at its no-logging policy.

But for anybody worrying about yet another pricey bit of software to install, Surfshark has some of the market’s best pricing – leading our list of the best overall cheap VPNs – and a 30-day money back guarantee if you just want to dip your toe into the water.

How to bypass the Netflix VPN proxy error

Netflix has invested big bucks in detecting and blocking VPNs, and users can attest that servers that work with Netflix one day may not work the next. You’ve likely seen the infamous “Streaming Error” message below if you tried to access Netflix from outside the US with a VPN.

Netflix has been systematically finding and blacklisting suspected VPN IP addresses. And while the past few years have been an ongoing battle between VPNs and Netflix restrictions, VPNs are now setting up specific server locations intended to be used with Netflix.

How some providers overcome the Netflix VPN ban

Every IP address is associated with a country code, which Netflix then uses to either reroute or block network access. As the majority of VPN providers have multiple servers in cities and countries around the world, hopping from location to location is essentially the only way to stream the US Netflix library abroad. It’s a tab cumbersome, but it works.

Be aware that not every server will work – it’s best to contact the provider’s customer assistance to see which servers are working on a particular date. ExpressVPN, for example, has been one of the leading providers to stay one step ahead of the Netflix VPN ban.

The company (along with a handful of other VPN providers) has been working overtime to acquire new IP addresses, which they can then cycle out whenever an older address is no longer working. As soon as Netflix detects and subsequently blocks a specific IP, the VPN then switches to another IP and encourages customers to use that specific location to stream.